Attorney Beverly R. Caruthers practices personal injury law in throughout and surrounding areas, she provides honest answers and affordable fees at every step of the way. If you’ve been seriously hurt in an accident that was caused by the negligence or reckless behaviors of a third party, you should not wait to speak to a Pasadena personal injury lawyer at her office.

She works on a contingency fee basis, which means that you won’t pay any upfront fees for the legal services that she provide to you. In fact, you owe her nothing until she is successful in obtaining a favorable settlement or verdict on your behalf. Put another way: If you don’t win your case win, you don’t pay!

If you suffered an injury from a serious accident and you’re seeking professional legal help, don’t hesitate to speak with a Pasadena TX personal injury lawyer from our office today.

As of the 2010 United States Census, Pasadena’s city population is totaled 149,043, which makes the city the 17th most populous city in all of Texas. Among the city’s diverse population are individuals who fill job positions of every nature, including that listed as the top 10 employers in 2012.

While the city of Pasadena, Texas has made a name for itself as an area that has a rich history of the state’s independence, Pasadena’s abundant resources along with great location are not its only claims to fame. In addition, the city has gained media attention for its connection to the Shell – Deer Park Refinery, which has been the source for some serious allegations such as polluting the air with harmful amounts of benzene, along with releasing acid gas into the environment.

Businesses such as the Bayport Industrial District (one of the nation’s largest chemical processing complexes) and Deer Park Refinery are vital to Pasadena’s economy; however, they can also be extremely dangerous to nearby homeowners, workers, and neighboring businesses. If you acquired an illness from chemical exposure or if you were injured in a plant & refinery accident contact Pasadena TX personal Injury Attorney Beverly R. Caruthers.

We get to know clients on a personal level

We make home and hospital visits for clients 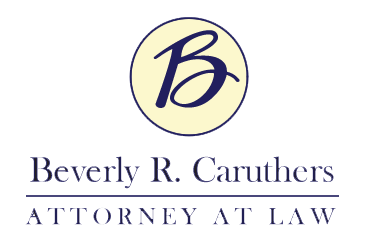